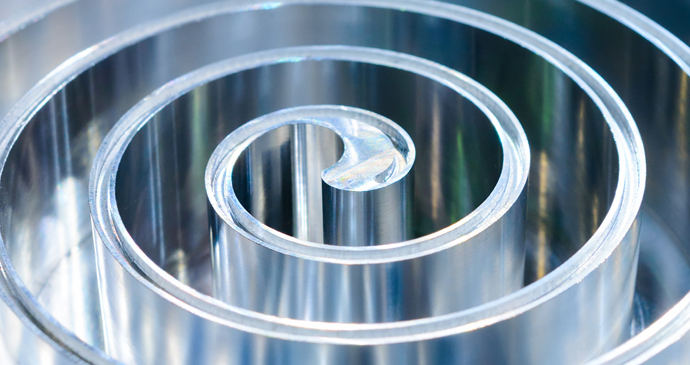 If you’re finding it hard to make a decision it may be because you’ve set for yourself the imperative of making the ‘right’ decision. David Presswell encourages a move beyond ‘either/or’.

A coachee recently explained to me just how difficult he found “negative feelings”: ones like failure, or not being perfect, or anger. He talked about how he would try and avoid feeling them, and the dread when he sensed this was not possible. Nothing strange there: we all find negative feelings difficult, don’t we? Otherwise why would we term them ‘negative’? But as he spoke I started to wonder whether this assumption was really so obvious, or useful.
Our culture so often labels the world around us – outcomes, situations or people – as either good or bad. Take this same coachee, for instance: two years ago he was promoted to a job he had long sought. He described it as a ‘good’ thing when he got it. A few months later, with a new boss and radically changed business requirements, he decided it wasn’t for him. So this was a ‘bad’ thing. However, it was precisely this recent professional experience that won him a new role – one he found both enjoyable and fulfilling.
So was the original promotion a ‘good’ thing if it led to a bad role? And was that ensuing experience ‘bad’ if it led to a more enjoyable one? In this longer term perspective the labelling of experiences as intrinsically good or bad becomes altogether more problematic and less persuasive.
There is a powerful passage in Steve Jobs’ talk to students leaving Stanford University in which he recalls himself as a first year student. Winning a place at university had cost his working-class adoptive parents their life savings in tuition fees but, after just six months, he made the decision it wasn’t for him. So he dropped out of the course and, for the rest of that year, simply went to any lecture series that appealed.
One of these was on Calligraphy and Typography. At the time he could not imagine any possible practical application of these skills, but he was intrigued by the subject and followed that interest. It was not until ten years later, when he was designing the Macintosh Computer and the world’s first ever graphical user interface, that he was practically able to use this experience. As a result we have the multiple typefaces and proportionally spaced fonts we enjoy on personal computers today.
As Jobs says in his speech: ‘you can’t connect the dots looking forwards; you can only connect them looking backwards’. In fact, when he took that Calligraphy course, no one on the planet could have joined those particular dots for him: he had simply, in the Joseph Campbell phrase, “followed his bliss” and trusted that one day the dots would connect.
Yet so often we can get stuck at Stage 1. We can agonise as we peer into an unknowable future and demand of ourselves that we make the ‘right’ decision and avoid the ‘wrong’ one. We can become stuck in a binary bind.
In her book, Feel the Fear and Do it Anyway, Susan Jeffers memorably describes this stark, ‘no-win’ decision-making process:
1. before making a decision focus on the No-Win model
2. listen to your mind drive you crazy
3. paralyse yourself with anxiety as you try to predict the future
4. don’t trust your impulses – listen to what everyone else thinks
5. feel the heaviness of having to make a decision

She then describes the equally predictable process that follows any decision made:
1. create anxiety by trying to control the outcome
2. blame someone else if it doesn’t work out as you pictured
3. if it does work out, keep wondering if it would have been better the other way
4. don’t correct the decision if it is wrong – you have too much invested

We have all been there, and more than once! As an antidote, she suggest we move to a mindset which does away with the notion of any decision being intrinsically right or wrong, because we simply can’t ever know for sure. Instead she suggests we re-frame it as a choice between ‘different possibilities’. She calls this the ‘No-lose Model’:
Before making a decision:
1. focus on the No-Lose model
2. do you homework
3. establish your priorities
4. trust your impulses
5. lighten up

And, after making a decision:
1. throw away your picture
2. accept total responsibility
3. don’t protect, correct

In the No-lose Model we are free to play, to experiment and be informed by our feelings and intuitions. We adapt and respond to how things actually are, as opposed to how we need them to be in order to prove a decision right.
My coachee had created a binary position for himself in labelling certain feelings ‘negative’ and in doing everything he could to avoid them. His opportunity came in accepting he already had these feelings and they weren’t going away by wishing they would. And to move beyond seeing them as either good or bad, to recognising them as both/and.
If ‘not being perfect’ was a problem for him, maybe he could also could to see it as a relief. Maybe his ‘anger’ could support him assert his own needs, or ‘feelings of failure’ might also become a sense of pride in having tried. In other words to see them simply as feelings, another source of information, and their ups and downs as part of a process we might not fully understand until much later, if at all.
In thinking about the importance of embracing both ups and downs I remember the comment made by a medical friend of mine. He was recalling his nights as a Junior Doctor on A&E checking heart-monitors: “For us, peaks and troughs were good news. It meant the patient was still alive!”

I write this as we find ourselves in the eye of the Covid-19 storm.  Most countries are in some…

The Questionable Law of Averages